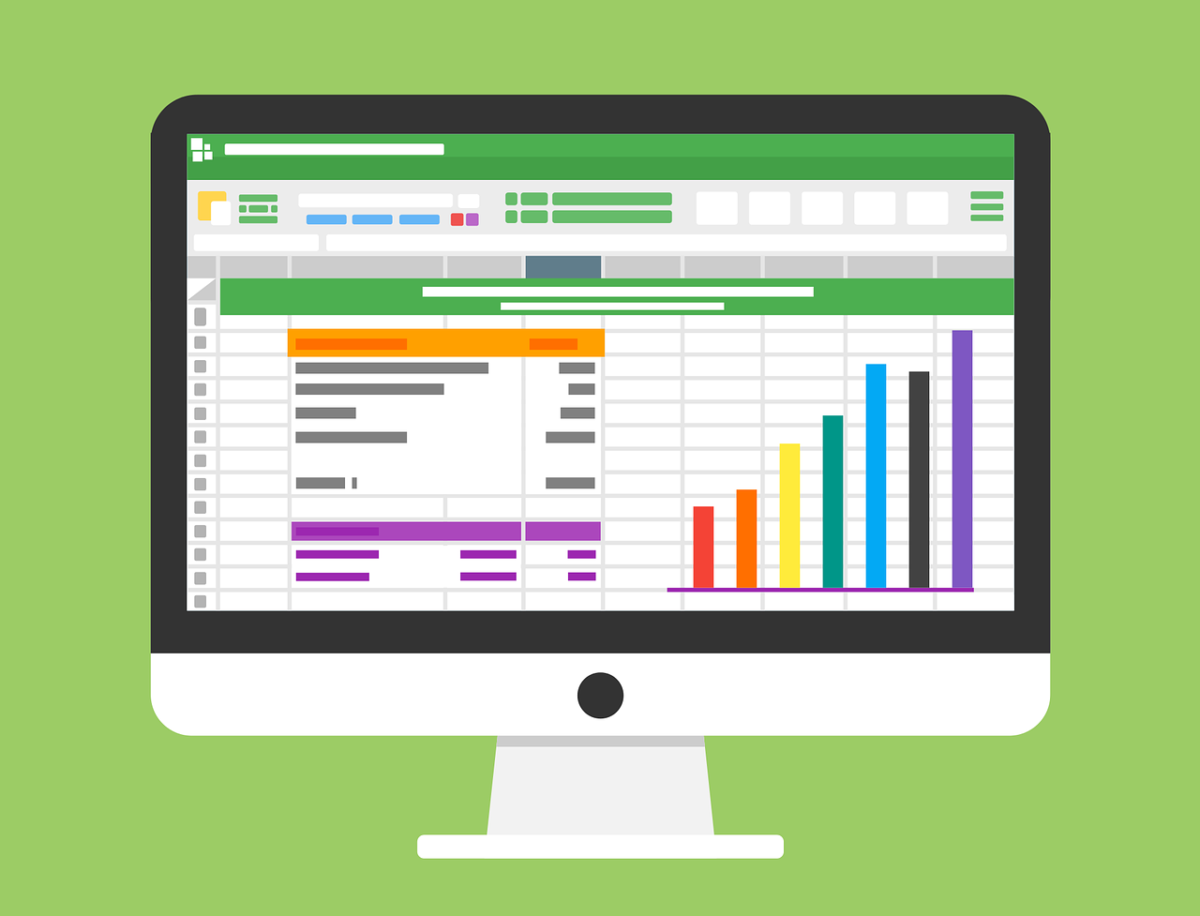 AAA Award Data is updated quarterly by the American Arbitration Association. This analysis of the latest update is provided by Rick Ryder, President of SAC, Inc. and SAC's ARBchek - securities arbitration's first arbitrator evaluation service. Going forward, this column will be a quarterly feature of the Alert. We are delighted to offer this new resource and thank Mr. Ryder! The words that follow are his.

The American Arbitration Association has been publishing information about individual consumer and employee arbitration Awards since 2004. The AAA disclosures began as a legal requirement, imposed by various states, starting with California, then Maryland, and, more recently, New Jersey. In response, the Association began disclosing the required information about all the relevant Awards, regardless of the hearing location. AAA has also added fields along the way, to enhance the value and completeness of the published data. The Report issues quarterly in Excel format with an available "Report Legend" that explains each of the 30-40 fields of provided information. Of necessity to meet legislative requirements, AAA separately accounts for each claimant and respondent in a case, so that multiple records may be displayed for a single case. This is clearly explained in the "Report Legend," but the danger of double-counting when reviewing an arbitrator's Award history counsels caution. Fewer than a hundred cases overall and only 305 records of the 2,735 records surveyed in this Report are affected. Among the "Financial Services" cases that went to Award, only 3 matters are affected by these multiple case records; 13 of all "Awarded" cases are affected. We'll deal with this dynamic as we proceed.

For our survey, we gathered statistical results from the Award information published by AAA for the third quarter of 2020. This is the freshest information available from AAA and offers a view of the size of AAA's consumer and employment programs. From June to September 2020, AAA lists in its public Report 2,735 rows of information concerning about 2,500 resolved cases. These cases are resolved through various outcomes, including settlements, dismissals and award orders. AAA does offer a "Financial Services" category among its dispute types. Within the 712 case records that are classified as "Financial Services" disputes, 660 are listed as Consumer and the rest are called "Employer" cases (40 of the 52 "Employer" cases were actually initiated by the "Employee" party, not the "Business." Among the other business groups identified in the case records are "Retail," "Energy," "Restaurant/Food," "New Home," "Renovation/Addition," "Automotive," "Healthcare," "Telecommunications," "Construction" and more. We'll stick to the "Financial Services" category, which makes up about a quarter of the whole.

"Financial Services" disputes cover a much wider swath than the disputes we see at FINRA and the "Employment" or "Employer" cases generally include banks, more frequently than broker-dealers and RIAs. All but one of the 660 Consumer case records show the "Consumer" as the initiating party, so AAA, like FINRA, clearly does not serve as a collection arm for the Financial Services industry. Most of the Consumer cases settled, according to the AAA (499/660) -- about three-quarters of the whole. Only 64 of the 660 case records indicate a case decided by the arbitrator(s). FINRA's percentage of decided cases has been gradually dwindling and is now in the teens, instead of a more traditional low 20s percentage; when one allows for multiple-record cases, AAA's decided-case percentage has fallen to single digits for Financial Services cases involving the public. The remaining 100-or-so cases were disposed of in a variety of other ways -- some administratively, others by withdrawal, and still others by arbitral dismissal. On the employment side within Financial Services, only three Awards issued in the third quarter and two of those were initiated by the "Business," according to AAA. The single "Employee-Claimant" Award sought $500,000 from Iberia Bank. An "In-Person" hearing was conducted in Memphis, TN, after which the Arbitrators ruled against the Claimant. The Total Fees of more than $20,000 were nevertheless charged to the "Business."

Among the 64 “Awarded” case records, we found only three cases that had multiple records. Thus, 61 cases involving Consumers and the Financial Services sector went to Award in the third quarter of 2020. Fifty-one individual Arbitrators decided these 61 matters, suggesting only a modicum of overlap in arbitrator service. We counted 22 monetary awards (24, less 2 multiples) to Consumers, or a win rate for Consumers of about 36% (22/61). The dollar-size of the disputes in the winning column surprised us -- quite small -- one case for $25,000 in compensatory claims, the others $15,000 or under. AAA officials tell us that a Consumer must be an individual to qualify for the Consumer Arbitration Rules, but we are unaware of a dollar limit. Did the Settled cases reflect this same low-dollar pattern? No, the Settled claims are often small, but there is one claim for $5 million and many cases place in the 6-digit category. While the "Awarded" claims were small, the damages assessed were often for the full amounts claimed -- and, in five instances of the 22, the Arbitrator also granted attorney fees to the Consumer. To draw a recovery rate here would be misleading, because, in the prevailing cases, the overall recovery rate (total amount awarded/compensatory damages requested) was probably above 100%, albeit by small amounts. On the other hand, the total amount claimed as losses by the complaining Consumers in these 660 cases totaled in the tens of millions of dollars and, since the great majority of the Consumer cases were resolved, either by negotiation or mediation, they were presumably resolved to the satisfaction of the Consumer.

The financial harm involved, in terms of damages alleged, bespoke serious disputes. So, it was surprising to find that the fees charged were quite modest in comparison. That's good for the business parties, because they bear default responsibility for all costs, including arbitrator compensation. AAA fees are fixed for consumer ($200) and employment ($300) cases; they do not vary by claim amount and they are not shown in Total Fees. Total Fees charged were usually $1,500 in the “Awarded” cases, occasionally more. We saw only a couple instances of fees exceeding $5,000. No matter which way a case went among the “Awarded” matters, the rule was the same.  In a couple of cases, a Business party was not assessed, but mostly one or more Business parties paid 100% of the fees. This approach is highly favorable for the consumer whose claims qualify under the Consumer Arbitration Rules.

(R. Ryder: *Take a look for yourself at AAA’s Consumer Arbitration Statistics. While the majority of the cases involve non-securities disputes, considerable arbitrator overlap exists between FINRA and AAA, making this a great secondary source of arbitral activity when performing FINRA arbitrator evaluations. Some broker-dealers and numerous RIAs offer AAA as a choice for customers and several big wirehouses have migrated to employment agreements that provide for AAA or JAMS arbitration (see Regulatory Notice 16-25). **With the affordable fee structure and unlimited claim amounts offered by the AAA’s relatively new Consumer Arbitration Rules, it becomes increasingly important that we pay attention to this forum’s published consumer and employee case information. AAA's C&E Report contains data for five years; SAC has the earlier reports on file going back to 2005. ARBchek subscribers, contact SAC (973-761-5880; searches@sacarbitration.com) and check for free whether your slate of FINRA panel candidates has any AAA Awards. If so, we'll give you a quote for a SAC AAA Award Data Report. Checking for AAA Awards is a great way to evaluate a FINRA candidate who has no Award history with FINRA. ***We previously performed an analysis of AAA's C&E Report in 2015 -- see SAA 2015-44-01.)