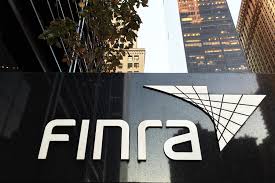 Just as we were finalizing the last Alert, we learned that a Georgia Trial Court had vacated a FINRA Award based on multiple Federal Arbitration Act (“FAA”) grounds. Here is the promised expanded analysis.

We reported briefly on this one in SAA 2022-04 (Feb. 3), focusing mostly on the assertions that the potential arbitrator list preparation process had been compromised. Our coverage included: 1) PIABA’s February 2 Statement from President Mike Edmiston commenting on the court decision and calling for Congress and the SEC to investigate FINRA’s operation of its arbitration forum; and 2) FINRA’s response that: “There has never been any agreement between FINRA Dispute Resolution Services and attorney Terry Weiss regarding appointment of arbitrators. Any assertions to that effect are false.” This week we focus on the broader aspects of the case.

We covered in SAA 2019-30 (Aug. 7) the underlying Award in Leggett v. Wells Fargo Clearing Services, LLC, FINRA ID No. 17-01077 (Atlanta, GA, Aug. 1, 2019), where the All-Public Panel: 1) denied the investors’ $1.2 million claim; 2) assessed $51,000 in costs and all forum fees against the investors; and 3) recommended expungement (more on that part of the Award later). The investors moved to vacate in October 2019, asserting several acts of party, arbitrator and FINRA arbitration forum misconduct (ed: repeated essentially verbatim; footnotes omitted; emphasis in original):

First, Wells Fargo rigged the arbitrator selection process in direct violation of the FINRA Code of Arbitration Procedure, denying the Investors’ of their contractual right to a neutral, computer generated list of potential arbitrators…. Rather than ranking and striking pursuant to the Code, on July 10, 2017, counsel for Wells Fargo submitted a letter to FINRA insisting that one of the proposed arbitrators on the list of potential arbitrators be removed from the computer generated list on the ground that he harbored personal bias against Wells Fargo’ s lead counsel.

Fourth, Wells Fargo committed fraud on the arbitration panel by procuring perjured testimony, intentionally misrepresenting the record, and hiding and refusing to turn over a key document to the Investors until after the close of evidence.

Fifth, the Arbitrators exceeded their powers and manifestly disregarded the law by (1) awarding Wells Fargo $51,000.00 in costs in violation of FINRA’s Code of Arbitration Procedure; and (2) purporting to impose hearing session fees against the Investors that far exceeded the hearing session fees permitted under the FINRA Code of Arbitration Procedure.

“Judicial review of arbitration awards, while limited in nature, ensure that the arbitration process is fundamentally fair to all parties involved. In this case (1) Wells Fargo and its counsel manipulated the arbitrator selection process; (2) the Arbitrators refused to postpone the hearing and provided no basis for their decision despite the Investors providing ample cause for postponement; (3) the Arbitrators denied the Investors their statutory right to present testimony from two relevant, noncumulative witnesses; (4) Wells Fargo witnesses and its counsel introduced perjured testimony, intentionally misrepresented the record, and refused to turn over a key document until after the close of evidence; and (5) the Arbitrators improperly and without legal justification imposed costs and fees on the Investors in violation of the contractual framework that bound the parties. The Court finds that each of these violations provides separate, independent grounds to vacate the Award in its entirety.”

It Gets Curiouser and Curiouser

With apologies to Lewis Carroll and Alice, it appears that the brokers involved in the Leggett arbitration filed a separate – successful – petition in New York Supreme Court to confirm this same arbitration award and get the matter expunged from their CRD records. See Pickett v. FINRA, 2019 NY MISC Lexis 6582 (Sup. Ct., NY Cty). Your Publisher and Editor-in-Chief has been involved in the ADR world for decades, but he’s never seen one quite like this. SAA Editorial Advisory Board member David E. Robbins of Kaufmann Gildin & Robbins LLP said: “I have analyzed court decisions on motions to vacate arbitration Awards for over 30 years and have never, ever read one like this, which was summarized by the court [see above].”

(ed: *The New York State Supreme Court is a court of original jurisdiction. **Again, we wonder whether the Court sought input from FINRA. ***We reported last week that FINRA denied the allegations of a secret, unwritten understanding. Recent media reports say Well Fargo has done the same, and intends to appeal. ****Regarding proposed arbitrator lists compiled by the Neutral List Selection System, we’ve always been advocates of: “If you don’t like ‘em, strike ‘em.”)