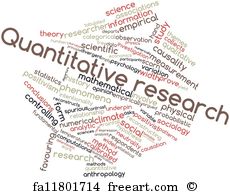 CPR and CEDR Release Joint Report on Insights into ADR

As described in an accompanying Press Release and Summary, the 10-page Report “largely consists of two studies conducted over the last 12 months supported by both organizations: a survey of the attitudes and dispute resolution practices of a cross-section of CPR’s corporate members and contacts; and a separate survey, undertaken by [London-based] CEDR, to audit the experience and attitudes of commercial mediators in both the US and UK markets.”

The Report is based on a survey sent to the corporate counsel of large – $15 billion and over – businesses. Reponses were received from 90 individuals, “not enough to yield statistically significant results in every instance, but sufficient to produce some useful and interesting insights into the state of the marketplace.” Here are the key findings, presented essentially verbatim:

As to how the data will be assimilated by the two institutions, the Report concludes: “The findings from this research, coming from these sources, can form the start of an on-going discussion which CPR and CEDR intend to continue to conduct with these stakeholders. The subject of this discussion must remain what the Dispute Resolution field continues to need and want, whether it be wholesale reform of processes that are no longer relevant or more subtle innovations to get the best out of methods of resolution, such as arbitration or mediation, that are working but that could perform better with further change.”

(ed: Kudos to CPR and CEDR, for touching base with constituents on ways to improve the system and for providing hard data on ADR attitudes and usage.) (SAC Ref. No. 2019-17-01)