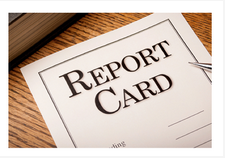 FINRA has released the long-awaited report of outside investigators retained to study the “rigged panels” accusation. The June 29 report finds there were no irregularities, but contains several recommended improvements.

We covered in SAA 2019-30 (Aug. 7) the underlying Award in Leggett v. Wells Fargo Clearing Services, LLC, FINRA ID No. 17-01077 (Atlanta, GA, Aug. 1, 2019), where the All-Public Panel: 1) denied the investors’ $1.2 million claim; 2) assessed $51,000 in costs and all forum fees against the investors; and 3) recommended expungement. The investors moved to vacate in October 2019, asserting several acts of party, arbitrator and FINRA arbitration forum misconduct. This one generated the most attention (ed: footnotes omitted):

“First, Wells Fargo rigged the arbitrator selection process in direct violation of the FINRA Code of Arbitration Procedure, denying the Investors’ of their contractual right to a neutral, computer generated list of potential arbitrators…. Rather than ranking and striking pursuant to the Code, on July 10, 2017, counsel for Wells Fargo submitted a letter to FINRA insisting that one of the proposed arbitrators on the list of potential arbitrators be removed from the computer generated list on the ground that he harbored personal bias against Wells Fargo’ s lead counsel…”

Judge Belinda E. Edwards vacated the Award in what might be considered a primer on the basic FAA grounds for vacating an award (i.e., fraud, arbitrator bias, arbitrator misconduct in not hearing relevant or material evidence or failing to grant a reasonable postponement request; or the panel exceeding authority). The Court weighed in on interference with the Neutral List Selection System (“NLSS”) with some scathing verbiage:

“The Court’s factual review of the record evidence leads to its finding that Wells Fargo and its counsel manipulated the FINRA arbitrator selection process in violation of the FINRA Code of Arbitration Procedure, denying the Investors’ their contractual right to a neutral, computer-generated list of potential arbitrators. Wells Fargo and its counsel, Terry Weiss, admit that FINRA provides any client Terry Weiss represents with a subset of arbitrators in which certain arbitrators (at least three, but perhaps more) are removed from the list Wells Fargo agreed, by contract, to provide to the Investors in the event of a dispute. Permitting one lawyer to secretly red line the neutral list makes the list anything but neutral, and calls into question the entire fairness of the arbitral forum.”

The Trial Court’s decision prompted: 1) subsequent calls by PIABA for Congressional and SEC investigations; 2) a denial from Wells and a vow to appeal; 3) a February 9 letter to FINRA from Sen. Elizabeth Warren (D-MA) and Rep. Katie Porter (D-CA) demanding answers by February 23; 4) a February 18 Press Release from FINRA announcing that the Authority had retained the Lowenstein Sandler law firm to conduct an independent review; 5) news reports in FA Magazine and ThinkAdvisor in late February of a coming appeal by Wells; 6) a FINRA reply to Sen. Warren and Rep. Porter in a February 21 letter from CEO and President Robert W. Cook; 7) as reported in SAA 2022-10 (Mar. 17), a March 7 follow-up letter from Sen. Warren and Rep. Porter that was announced in a Press Release and posed several questions and demanded a response by March 22; and 8) an April 4 appeal by Wells in the Georgia Court of Appeals.

The Report is Issued: No Wrongdoing …

FINRA on June 29 released the 37-page Report of the Independent Review of FINRA’s Dispute Resolution Services – Arbitrator Selection Process, which was announced in a corporate Press Release and a separate statement from the Audit Committee. The investigation was directed by Christopher Gerold, a partner in Lowenstein’s Securities Litigation and Corporate Investigations & Integrity Practice Groups. Mr.  Gerold is past Chief of the New Jersey Bureau of Securities and served as President of the NASAA. After discussing methodology – “Lowenstein conducted 29 interviews; examined more than 150,000 documents, emails, and telephone records; reviewed the FINRA Dispute Resolution Services (DRS) arbitrator database system; and listened to recordings of relevant arbitration proceedings” – and the operation of the Neutral List Selection System, the Report concludes there were no irregularities:

“After careful consideration of the evidence obtained during the investigation, Lowenstein does not believe that there was any agreement between Weiss and FINRA regarding the panels for Weiss’s cases. All current and former FINRA personnel who could conceivably have been a part of such an agreement were interviewed and denied the agreement’s existence, noting that it would be contrary to DRS’s culture of neutrality. Lowenstein found them all to be credible. Likewise, no documentary evidence – including any emails or other material – suggested in any way that such an agreement existed…. The only evidence that such an agreement existed was the July 13, 2017 Letter, which Weiss emphatically disclaimed meant that there was a secret agreement during the course of this investigation and in other forums.”

… But There Can Be Improvements

The Report concludes with recommendations for improvement, the core ones being (ed: presented verbatim from the Release):

The FINRA Board of Governors conferred with the Committee on June 22. The Statement says that the Board is:

(ed: *Kudos to FINRA for keeping its promise to make the Report public. **We suspect this is by no means the end of it. It’s just the latest chapter in what is sure to be a lengthy process. Next will likely be reactions from PIABA, NASAA, Congress and the SEC. We will update this post as necessary. ***Wonder what other steps are planned to address overall investor confidence in the forum? ****The Wells appeal is pending.)