Skip to content
It’s Official: CFPB Not Planning to Act on Arbitration 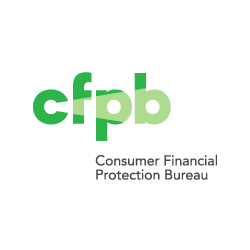 It’s Official: CFPB Not Planning to Act on Arbitration

Confirming what we teased in June, the CFPB’s recently-released regulatory agenda shows that the agency does not intend to revisit a rule covering arbitration of consumer financial disputes.

We reported in SAA 2022-21 (Jun. 2) that the Consumer Financial Protection Bureau (“CFPB”) seemed disinclined to act on arbitration. We based this surmise on Director Rohit Chopra’s semi-annual report to Congress in April, when neither he nor any Senate Banking Committee members mentioned arbitration. The Committee’s two-hour hearing, The Consumer Financial Protection Bureau’s Semi-Annual Report to Congress, was held April 26. Perusal of the hearing video (available here) or Director Chopra’s five-page prepared remarks shows that the term “arbitration” was not mentioned.

The CFPB recently published its Spring 2022 Agency Rule List, which delineates regulatory initiatives the Bureau: “reasonably anticipates having under consideration during the period from June 1, 2022 to May 31, 2023.” Five items are listed, but arbitration is not one of them: 1) Consumer Access to Financial Records; 2) Amendments to FIRREA Concerning Automated Valuation Models; 3) Property Assessed Clean Energy Financing; 4) Small Business Lending Data Collection Under the Equal Credit Opportunity Act; and 5) Adverse Information in Cases of Human Trafficking Under the Debt Bondage Repair Act.

No Surprise, Given the Past

Given past events and resource limitations, arbitration’s absence from the CFPB’s priorities is not surprising. Recall that Dodd-Frank section 1028 directs the CFPB to study the use of PDAAs in contracts for consumer financial products and services, to later report to Congress, and to ban, limit or impose conditions on their use if such action “is in the public interest and for the protection of consumers.” Alert readers may recall that the CFPB did indeed issue the required report to Congress and later promulgated a rule banning class action waivers. However, before it became effective, the Final Rule was retroactively nullified in November 2017, when President Trump signed into law H.J. Res. 111, a Joint Disapproval and Nullification Resolution (see SAA 2017-41). Congress had exercised its authority under the Congressional Review Act, (“CRA”) 5 USC §§ 801 et seq., which allows that body to legislatively nullify any regulation within 60 legislative/session days of its publication. Under the CRA, the reg cannot be reintroduced without the express permission of Congress.

(ed: *As we said in # 21, we’re not surprised. The CFPB clearly has other fish to fry.**For an analysis of why arbitration is not a CFPB priority see Don’t Hold Your Breath, Professor Sovern! in the May 13 Ballard Spahr Blog.)