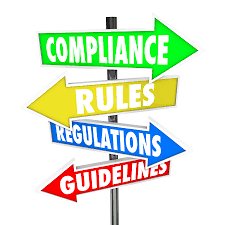 This analysis was prepared by SAA Advisory Board Member Prof. Christine Lazaro. The Alert thanks Prof. Lazaro for her thoughtful insights. The words that follow, aside from the italicized comments at the end, are hers.

The Massachusetts Securities Division issued a Statement on February 21 that it had adopted amendments to its standards of conduct for broker-dealers and agents, 950 CMR 12.200 (the “Regulations”). The amendments go into effect on March 6, 2020, but will not be enforced until September 1, 2020.

In its Adopting Release, the Securities Division sets forth the changes made following the publication of a proposed regulation, a public hearing, and review of the comments received. The Final Regulations make a number of changes to the Proposed Regulations (see our analysis in SAA 2020-04 (Jan. 29)). First, they remove any reference to investment advisers and investment adviser representatives from the title of 950 CMR 12.207, which is now titled, “Fiduciary Duty of Broker-Dealers and Agents.” Next, they limit application of the standard to recommendations concerning securities, removing references to commodity and insurance products. 950 CMR 12.207(1)(a). The Final Regs also limit the application of the fiduciary duty, narrowing the scope of the duty. In the Proposed Regulations, the duty would have applied during the time period the firm or broker received any on-going compensation, as well as when the firm or broker did anything that would result in the reasonable expectation that the firm or broker would monitor the customer’s account. Based on concerns raised in the comments that this created on-going duties to monitor a customer’s account, the Final Regulations limit the duty to monitor to brokers who exercise discretion, have a contractual fiduciary duty, or have agreed to monitor on a periodic basis. 950 CMR 12.207(1)(b). The Final Regulations further clarify that an agreement to monitor only creates a duty to review the account at the agreed upon interval (e.g. monthly or quarterly). 950 CMR 12.207(1)(b)(3). Under the Proposed Regulations, there was also a presumption that brokers who used certain titles would be deemed to have created the expectation that they would monitor a customer’s account. The Final Regulations eliminate this presumption.

The Final Regulations establish a Duty of Care and a Duty of Loyalty on the part of brokers. 950 CMR 12.207(2). The Duty of Care remains unchanged from the Proposed Regulations, requiring that a broker “use the care, skill, prudence, and diligence that a person acting in a like capacity and familiar with such matters would use, taking into consideration all of the relevant facts and circumstances.” 950 CMR 12.207(2)(a). A broker is required to inquire as to the customer’s investment objectives, risk tolerance, financial situation, and needs; and must consider the risks, costs, and conflicts of interest related to recommendations. 950 CMR 12.207(2)(a)(1) and (2). The Duty of Loyalty in the Final Regulations is similar to the duty set out in the Proposed Regulations. It requires a broker to: “(1) Disclose all material conflicts of interest; (2) Make all reasonably practicable efforts to avoid conflicts of interest, eliminate conflicts that cannot reasonably be avoided, and mitigate conflicts that cannot reasonably be avoided or eliminated; and (3) Make recommendations and provide investment advice without regard to the financial or any other interest of any party other than the customer.” 950 CMR 12.207(2)(b). The Final Regulations presume it will be a violation of the Duty of Loyalty if the broker makes any recommendation in connection with a sales contest. 950 CMR 12.207(2)(d). This is narrower than the Proposed Regulations that presumed a violation for recommendations in connection with an implied or express quota requirement, or other special incentive program, in addition to sales contests. The Final Regulations retain the language that “disclosing conflicts alone does not meet or demonstrate the duty of loyalty.” 950 CMR 12.207(c).

Although there were requests that Massachusetts hold off on adoption and implementation of any changes to its standards of conduct until compliance with the SEC’s Reg BI is implemented on June 30, the Final Regulations make the regulation effective on March 6, 2020. However, the Securities Division will not enforce the Final Regulations until September 1, 2020.

(ed: *We analyzed the Proposed Regulations in SAA 2019-47 (Dec. 11) and the comments in SAA 2020-04 (Jan. 29). **Readers may recall that Massachusetts also published a preliminary request for comments earlier in 2019, and those comments were analyzed in SAA 2019-30 (Aug. 7). ***Every time we’ve reported on State efforts to move ahead with their own fiduciary rules or laws, we’ve queried the potential preemptive effect of the SEC’s rule. Reg BI addresses this issue directly: “We note that the preemptive effect of Regulation Best Interest on any state law governing the relationship between regulated entities and their customers would be determined in future judicial proceedings based on the specific language and effect of that state law.” A footnote observes that “the preemptive effect on any state law would be determined in future judicial proceedings, and would depend on the language and operation of the particular state law at issue.” We expect to see litigation challenging the adoption of the Final Regulations on preemption grounds.) (SAC Ref. No. 2020-08-02)