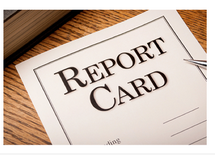 [This is adapted from a post originally published in the author’s blog at Arbitration Resolution Services (ARS). Reposted with permission of and thanks to ARS!]

Toward the end of last year, I authored a blog post, Consumer and Employment Arbitration: Six Things to look for in 2018. Below were my views on what was coming in 2018, and how these predictions are turning out as we hit the year’s midpoint. What are the results so far? As Larry David says, “Pretty, pretty, pretty, pretty good.”

Predictions made in December:

What I wrote: On June 8th [2017] the House of Representatives by a 233–186 strictly party-line vote approved the reintroduced Financial CHOICE Act. Not a single Democrat voted “Yea” and only one Republican - Rep. Walter Jones (NC) – voted “Nay.” Among other things, the 602-page Act (H.R. 10) would repeal and replace Dodd-Frank, and would eliminate the authority granted to both the CFPB and SEC to limit or eliminate predispute arbitration agreements, or set conditions for their use. Also, the Act would rename the Consumer Financial Protection Bureau the Consumer Law Enforcement Agency and transform it into an executive agency with a Director terminable at will by the President. The Senate has yet to act.

What I predicted: Sooner or later, Dodd-Frank will in word or deed be repealed and replaced this year with a statute along the lines of the Financial CHOICE Act (“FCA”) (H.R. 10). While the new law will incorporate some features of Dodd-Frank, the current law’s authority for SEC and CFPB to possibly develop regulations banning, limiting, or conditioning predispute arbitration clause use will not make the cut, in my view.

What happened? So far, so good. It seems the Republicans have adopted a strategy of “repeal by a thousand papercuts,” by passing bills aimed at discrete parts of Dodd-Frank. For example, President Trump on May 24th signed into law the Economic Growth, Regulatory Relief, and Consumer Protection Act (S. 2155) partially rolling back some aspects of Dodd-Frank. The statute is much less far reaching than the FCA, passed by the House June 2017, which would have stripped out Dodd-Frank’s anti-arbitration sections. The Senate has not acted yet on this one.

Other bills are pending, such as the Financial Product Safety Commission Act of 2018 (H.R. 5266), that would amend Dodd-Frank to restructure the Consumer Financial Protection Bureau (“CFPB”) to an SEC-like five-member independent commission. No more than three Commissioners could be from the same political party and as the Bill’s title implies, the CFPB would be renamed the “Financial Product Safety Commission.” H.R. 5266 has bipartisan co-sponsorship. The March 14th Ballard-Spahr LLP Consumer Finance Monitor blog reported that the Bill “is likely to have the strong support of consumer finance and banking trade groups. Industry, which has long viewed a commission as a more appropriate structure for bringing stability and predictability to the CFPB over the long run, has previously urged Congress to change the CFPB’s leadership from a single director to a commission.” The Bill has been referred to the Financial Services Committee.

What I wrote: The Department of Labor in April 2016 approved a Fiduciary Standard Rule for those providing investment advice in connection with retirement accounts. The regulation allows for use of a Best Interests Contract (“BIC”) with investors containing a predispute arbitration agreement, but class action waivers are not permitted. President Trump on February 3rd [2017] ordered the Secretary of Labor to undertake a review of the Rule, that had been scheduled to go into effect in phases starting April 10. DOL announced on April 4th that it was delaying for 60 days the Rule’s implementation. Thus, the first phase of the Fiduciary Standard Rule went into effect starting June 9th and a second phase was to be implemented January 2018.

DOL later filed a proposal to delay until July 2019 the planned January 2018 implementation of Phase II of the Rule (“18-Month Extension of Transition Period and Delay of Applicability Dates; Best Interest Contract Exemption; Class Exemption for Principal Transactions; PTE 84-24”). The delay became official on November 29 when a Notice was published in the Federal Register.[1]

What I predicted: The review ordered by the President almost a year ago will conclude that the DOL’s Fiduciary Standards Rule is confusing, costly, and duplicative. It will recommend the Rule be scrapped in favor of a unified Rule to be promulgated by the SEC.

What happened? Ding, dong, the DOL Fiduciary Rule is dead, and the SEC is moving ahead with its own regulation. The review ordered by President Trump is still not complete, but other events have caused the Rule’s demise. What happened?

What I wrote: Before he could be fired by the President, Director Richard Cordray announced via a November 15th email to staff that he would be departing the Bureau by the end of the month.[2] This immediately led to conjecture that the President would name as Acting Director the current head of Office of Management and Budget, Mick Mulvaney. Later, Mr. Cordray suddenly announced on November 24 that he was leaving at the end of the day. However, before he left Mr. Cordray named as Acting Director staffer Leandra English. President Trump later that same day issued a Statement making official Mr. Mulvaney’s designation as Acting Director, touching off an ugly power struggle over who was in charge of the agency. How ugly? Some highlights are offered below, but for chapter and verse, see my blog post, Richard, Here’s Another Nice Mess You’ve Gotten Us Into!

What I predicted: Sooner or letter, one way or the other, the President will prevail. Either he will win the legal challenges – which I predict he will – or he will simply nominate a new Director whom the Senate will confirm.

What happened? Both, pretty much. The President on June 18th nominated Kathy Kraninger to a five-year term as Director.[3] Ms. Kraninger is currently Associate Director for General Government at the OMB, a position she’s held since March 2017 according to her LinkedIn bio. Just weeks after President Trump nominated Ms. Kraninger, Ms. English dropped her suit challenging Mr. Mulvaney’s appointment as the Bureau’s Acting Director. At the same time, she announced her resignation. Judge Timothy J. Kelly declined to issue an injunction and on January 10th ruled against Ms. English on the merits in English v. Trump and Mulvaney, No. 1:17-cv-02534 (D.D.C.). The decision was appealed to the D.C. Circuit and argued April 12. Why did Ms. English resign her post and give up the appeal? Her July 6th announcement cites “the recent nomination of a new Director.” My take? The passage of time and the facts on the ground made persisting a Quixotic effort.

I wrote in Part I of prediction #1 (President Trump Still Likes Arbitration): “The Department of Education published a Notice in June 2017 announcing that it was postponing indefinitely the planned July 1, 2017 effective date of another Obama-era regulation, that would have banned mandatory predispute arbitration agreements and class action waivers in college enrollment agreements for schools receiving federal financial aid for student borrowers.” The other shoe has dropped on that one. The Trump DOE has followed through with a proposed Regulation officially killing the old Obama-era Rule and replacing it with a proposal allowing predispute arbitration agreements and class action waivers in college enrollment agreements and requiring robust disclosures. The 89-page proposed Rule, Student Assistance General Provisions, Federal Perkins Loan Program, Federal Family Education Loan Program, and William D. Ford Federal Direct Loan Program, was published[4] in the Federal Register on July 31. It cites Epic Systems and the Congressionally nullified CFPB anti-class action waiver Rule covered in Part I as a rationale for the new proposal:

We believe that the Supreme Court's recent reaffirmation of the Federal policy in favor of arbitration may warrant a different approach to these regulations. That belief is further supported by recent congressional action. Specifically, Congress passed, and the President signed, a joint resolution disapproving a final rule published by the Bureau of Consumer Financial Protection (BCFP) that would have regulated pre-dispute arbitration agreements in contracts for specified consumer financial products and services…. In light of Congress' clear action, the Department believes a change in its position to align with the strong Federal policy in favor of arbitration is appropriate.

Straight “A” grades, Mom. As I’ve written in past years, the arbitration world is constantly changing, and will evolve yet again in the rest of 2018. Doubtless there are some things that will happen this year that I just didn’t see coming (such as DOL’s Fiduciary Rule being killed by the courts and Justice Kennedy retiring). And of course, some of my predictions may not come to pass, at least not yet. We will again compare notes at the end of the year. In the meantime, see you in the future!

*George H. Friedman, Chairman of the Board of Directors of Arbitration Resolution Services, Inc. and an ADR consultant, retired in 2013 as FINRA’s Executive Vice President and Director of Arbitration, a position he held from 1998. In his extensive career, he previously held a variety of positions of responsibility at the American Arbitration Association, most recently as Senior Vice President from 1994 to 1998. He is an Adjunct Professor of Law at Fordham Law School. Mr. Friedman serves on the Board of Editors and is a Contributing Legal Editor of the Securities Arbitration Commentator. He is also a member of the AAA’s national roster of arbitrators. He holds a B.A. from Queens College, a J.D. from Rutgers Law School, and is a Certified Regulatory and Compliance Professional. His proud Mother, Gloria Friedman, undoubtedly has taped this blog post to the fridge.

[2] Mr. Cordray announced in December that he was running for Ohio Governor.

[3] Her confirmation hearing at the Senate Banking Committee was July 19th. A vote is expected in before Labor Day.