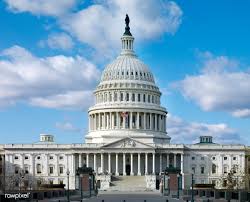 The recent pace of legislative activity prompted us to look up how many bills have been introduced in the 117th Congress that in some way, shape, or form, refer to arbitration.

A search we conducted using the non-partisan www.govtrack.us Website shows that 171 bills have been introduced so far that contain the term “arbitration” or “arbitrate” – 106 in the House and 65 in the Senate.

Not all bills are anti-arbitration, although the majority would amend the Federal Arbitration Act, other federal laws, or both, to curb predispute arbitration agreement use. All but four bills were introduced by Democrats.

As our readers well know, “Many are introduced, but few are enacted.” An exception to this rule is the new Ending Forced Arbitration of Sexual Assault and Sexual Harassment Act – H.R. 4445 – that President Biden signed into law on March 3.

(ed: There are some duplicates in the form of the same bill introduced in the House and Senate, but 171 bills and counting – yikes!)