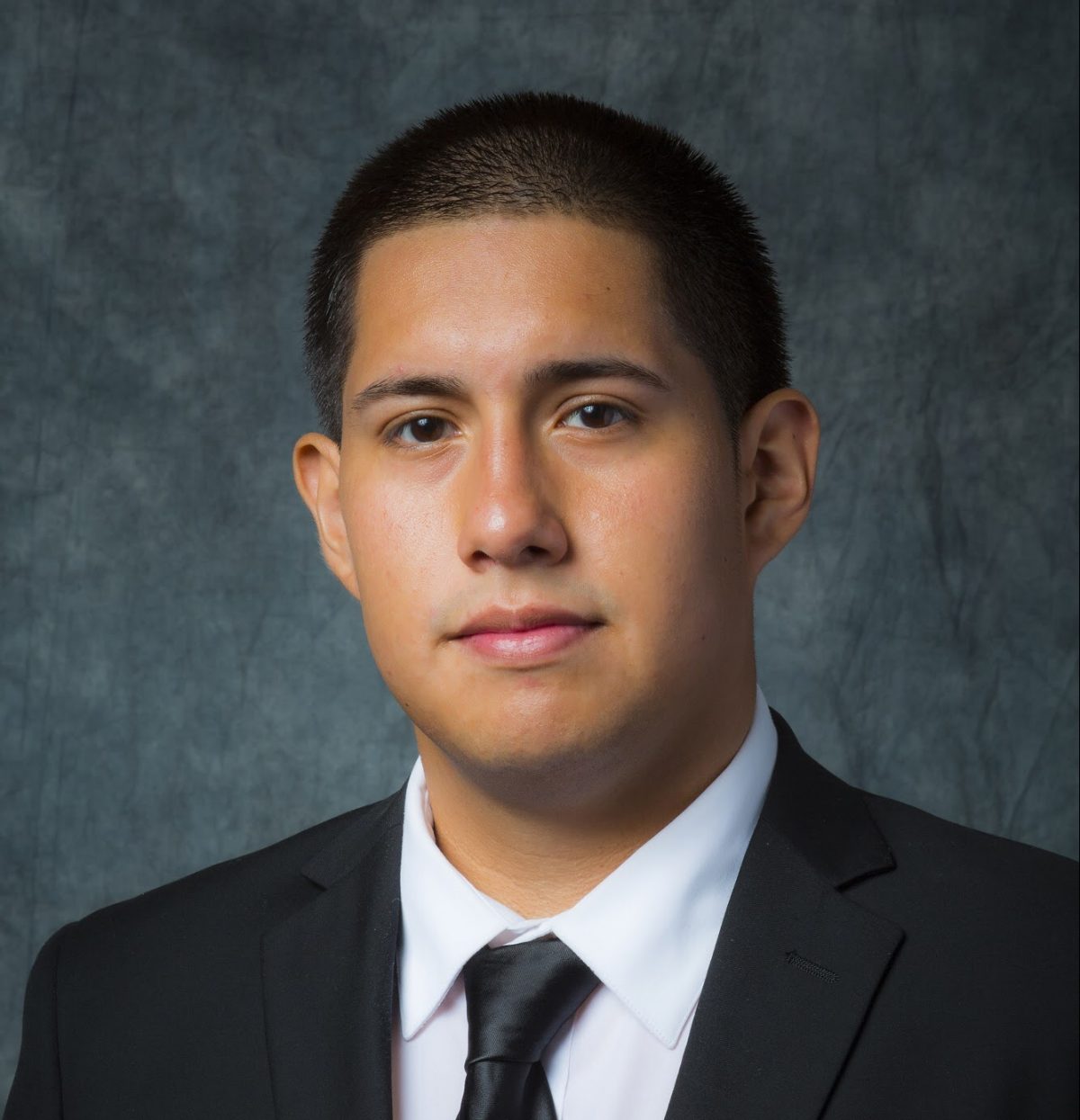 It is hornbook law that the Federal Arbitration Act (“FAA”) enforces predispute arbitration agreements involving just a hint of interstate commerce. Section 1, however, has a carveout providing: “nothing herein contained shall apply to contracts of employment of seamen, railroad employees, or any other class of workers engaged in foreign or interstate commerce.” The limited exception contained in section 1 has created a circuit split on the standard to use when determining whether an employee falls under the exemption’s residual clause.[1] On February 22, 2021, the Supreme Court, for the time being refused to resolve the issue by denying Certiorari in Amazon.com, Inc. v. Rittman, No. 20-622. The Supreme Court’s avoidance in resolving the conflicting views will lead to further disparities between the Circuit Courts. Currently, some circuits require that the class of workers actually be involved in the moving of goods or people across national or state borders. Alternatively, other circuits focus on the employer’s business and do not require that the worker actually cross borders. Instead, these circuits focus on whether the worker is within the flow or stream of commerce. This feature article examines the current state of the law and concludes by urging the Court to resolve the split.

In Circuit City Stores v. Adams, 532 U.S. 105 (2001), the Supreme Court shed light on the application of section 1 to employee contracts other than those dealing with seamen or railroad employees.[6] The Supreme Court rejected the notion that section 1 applied to all employment contracts and instead held that the carveout is limited to transportation workers.[7] The Court compared the language in section 1 of the FAA to the language in section 2. Unlike the broad reach of section 2, which uses the phrase “involving commerce,” the Court construed the phrase “engaged in commerce” to have a “limited reach.”[8] Rather than applying to all employment contracts, after Circuit City, the residual phrase applies only to transportation worker contracts.

In 2019, the Court revisited section 1 in New Prime v. Oliveira, 139 S. Ct. 532 (2019). This time, the Court interpreted the phrase “contract of employment” rather than directly interpreting the residual provision.[9] The Court held that section 1 was not limited to an employer-employee relationship but also applied to independent contractors irrespective of whether they were employees.[10] To arrive at its decision, the Court focused on the phrase “workers” in the residual provision as well as the historical use of the term “employment,” which included independent contractors at the time of the FAA’s adoption.[11] Despite the Supreme Court’s guidance on the interpretation of section 1, Circuit Courts have developed two different tests for determining whether an employee is “engaged in commerce.”

An Illinois District Court followed the rationale adopted by the Seventh Circuit in O’Shea v. Maplebear, Inc., DBA Instacart, No. 1:2019-cv-06994 (N.D. Ill. Dec. 21, 2020).[18] The Court held that Instacart personal shoppers were not engaged in commerce.[19] Specifically, the District Court cited to the Seventh Circuit’s statement that “the inquiry is always focused on the worker’s active engagement in the enterprise of moving goods across interstate lines.”[20] The Instacart personal shoppers were delivering goods that had previously crossed interstate lines; however, the shoppers themselves were not moving the goods across different states.[21] Specifically, Judge John J. Tharp, Jr. wrote that “qualifying workers ‘must be connected not simply to the goods’ that travel across state or national lines, ‘but to the act of moving those goods across state or national borders,’ such that the class of workers themselves are ‘engaged in the channels of foreign or interstate commerce.’”[22]

The Fifth Circuit has also focused on the activities that the worker performed. In Eastus v. ISS Facility Servs., Inc., 960 F.3d 207 (5th Cir. 2020), the Court held that an airport employee was not engaged in the movement of goods.[23] Eastus was an account manager at the airport who supervised luggage and ticketed passengers and handled the luggage.[24] The Court noted that Eastus’s job “could at most be construed as loading and unloading airplanes.”[25] Eastus was “not engaged in an aircraft’s actual movement in interstate commerce” but rather her duties were incidental to the interstate commerce, i.e., she only engaged in land-based work.[26] In addition to requiring that the worker actually move goods in interstate commerce, Judge Leslie H. Southwick acknowledged that “there is no unanimity among the circuits on what to make of the Supreme Court’s reference to what had been the majority view pre-Circuit City.”[27]

Another Approach: Flow or Stream of Interstate Commerce

Contrary to the approach taken by the Fifth, Seventh, and Eleventh Circuits, the First and Ninth Circuits take a broader approach in their interpretation of the residual clause. In Waithaka v. Amazon.com, Inc., 966 F.3d 10 (1st Cir. 2020), petition for reh’g denied (Sep. 1, 2020), the First Circuit held that independent contractors, who are part of the Amazon Flex program, are exempt under section 1 of the FAA.[28] As part of the program, independent contractors make local deliveries of Amazon products to the customer.[29] The length of the delivery is typically one mile and workers have to use their own methods of transportation.[30] The Court compared the section 1 FAA phrase “engaged in commerce” with the phrase “engaged in interstate commerce” contained in the Federal Employer’s Liability Act (“FELA”).[31] The Supreme Court, interpreting the phrase under the FELA, held that it included workers that crossed state lines and also “those who transported goods or passengers that were moving interstate.”[32]

The First Circuit also relied on the nature of the business in determining whether the worker is engaged in commerce. Circuit Judge Kermit V. Lipex wrote that “[c]onsideration of the nature of the hiring company's business carries out the Supreme Court's instruction that we must construe the residual clause of section 1 consistently with the specific preceding categories of workers -- ‘seamen’ and ‘railroad employees’ -- whose employment contracts are exempt from the FAA.”[33] In essence, under the First Circuit’s approach, an employee does not need to cross state or national borders. A worker is deemed to be engaged in commerce so long as the worker “transport goods or people within the flow of interstate commerce.”[34]

In Rittmann v. Amazon.com, Inc., 971 F.3d 904 (9th Cir. Aug. 19, 2020), a divided Ninth Circuit held that FAA section 1 exempted from coverage Amazon “last mile” drivers, who delivered  goods that had moved in interstate commerce, even though the drivers did not cross state lines.[35] The majority sided with those Circuits finding it sufficient that the goods have been part of the “stream” of interstate commerce: “In light of the weight of authority interpreting ‘engaged in commerce’ not strictly to require the crossing of state lines, we are not persuaded that § 1 is amenable to the interpretation offered by Amazon.[36] Accordingly, we conclude that § 1 exempts transportation workers who are engaged in the movement of goods in interstate commerce, even if they do not cross state lines.”[37] Dissenting Judge Daniel J. Bress drew a distinction between the definition of interstate commerce in FAA sections 1 and 2, noting that the former is very narrow: “In my view, for a delivery worker to be ‘engaged in’ interstate commerce under the FAA, he must belong to a ‘class of workers’ that crosses state lines in the course of  making deliveries.”[38]

Yet Another Approach: The Third and Eighth Circuit Test

In addition to the two prevalent standards, the Third and Eight Circuits have developed their own multifactor test in determining whether a worker is exempt under section 1 of the FAA. In Singh v. Uber Technologies Inc., 939 F.3d 210, 228 (3d Cir. 2019), the Third Circuit held that section 1 “may extend to a class of transportation workers who transport passengers, so long as they are engaged in interstate commerce or in work so closely related thereto as to be in practical effect part of it.”[39] The Court remanded the case back to the District Court to determine whether the class of workers Singh belongs to are engaged in interstate commerce.[40] In assessing whether the Uber drivers engaged in interstate commerce, the District Court must consider whether the work “is so closely related to [interstate commerce] as to be in practical effect part of it.[41] The Circuit Court determined that the District Court could rely on various factors in making its determination. The factors include: “the contents of the parties’ agreement(s), information regarding the industry in which the class of workers is engaged, information regarding the work performed by those workers, and various texts—i.e., other laws, dictionaries, and documents—that discuss the parties and the work.”[42]

The Eight Circuit has also adopted the “so closely related” standard but considers more straight-forward factors than the Third Circuit. In Lenz v. Yellow Transp., Inc., 431 F.3d 348, 352 & n.2 (8th Cir. 2005), the Eight Circuit held that a customer service representative for Yellow Transportation, Inc., a truck transportation company, was not engaged in interstate commerce. The Court applied a “non-exhaustive list of factors.”[43] After applying the eight enumerated factors, the Court held that Lenz was not a transportation worker and was not engaged in transporting goods in interstate commerce.”[44]

Another Chance for SCOTUS to Avoid a Missed Opportunity for Clarity

Conclusion: SCOTUS Should Resolve this Issue

The Supreme Court’s reluctance thus far to take on the significant split in the circuits will further contribute to the ambiguity surrounding FAA section 1. The Supreme Court’s decision in Circuit City requires that the exception be read narrowly as opposed to FAA section 2’s “contract evidencing a transaction involving commerce” terminology. However, the different standards used by the circuits show that it is unclear as to how narrowly the section 1 exemption should be construed. In fact, there’s a split within a circuit. Contrary to the Rittman holding, a different Ninth Circuit Panel in In re Grice, 974 F.3d 950 (9th Cir. 2020), sided with the more stringent “cross state lines” standard, in a case involving Uber drivers who regularly picked up arriving passengers at Huntsville International Airport and Birmingham-Shuttlesworth International Airport.[46] Although the passengers clearly had crossed state lines, the Uber drivers had not. The Court found that Uber is unlike “Amazon and various shipping and package delivery companies that are engaged in delivering products ‘concededly in the stream of interstate commerce.’”[47]

The Supreme Court should take the opportunity to resolve the inconsistency in the interpretation of section 1.

** Ruben Huertero is a 3L at St. John's University School of Law. He is the Executive Research Editor of the New York International Law Review and Associate Managing Editor of the Commercial Division Online Law Report at St. John’s. He is a member of the New York State Bar Association Dispute Resolution Section Securities Dispute Committee and the Hispanic National Bar Association. The author thanks and acknowledges Professor Christine Lazaro, Director of the Securities Arbitration Clinic and Professor of Clinical Legal Education at St. John’s School of Law, for her assistance in the preparation of this article.

[27] Id (The majority view is the approach requiring actual movement of goods in interstate commerce).