Skip to content
The Elections are (Finally!) Over: What’s in Store for the Arbitration and the Financial Services Worlds 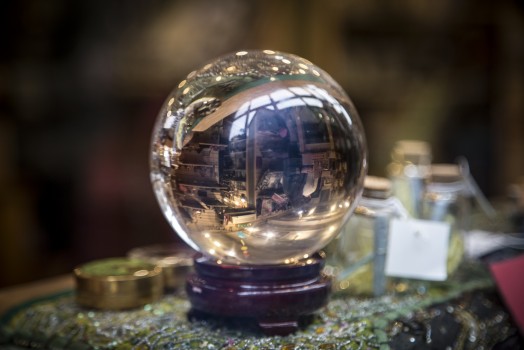 The Elections are (Finally!) Over: What’s in Store for the Arbitration and the Financial Services Worlds

At long last the 2020 elections are behind us [bipartisan cheer], and the Democrats have taken over the White House, Senate and House. What might this mean for arbitration and the financial services worlds? In a word: lots.

Read on for a summary.

The Anti-arbitration Bills will be Back, this Time with Enactments

The Democrats in the last Congress introduced several anti-arbitration bills that predictably went nowhere. The bills will undoubtedly be reintroduced in the new Congress, but the outcomes will be different this time, with the Democrats in charge of Congress and the Oval Office. The Democrats’ agenda is clearly anti-mandatory predispute arbitration in the consumer and employment areas, so expect at least some bills to pass and President Biden to sign them.  My guess is that, rather than again attempt wholesale changes to the Federal Arbitration Act, bills will be introduced targeting specific federal laws protecting parties like consumers, investors,  and employees. For example, one of the bills introduced in the last Congress was the Investor Choice Act, which would have amended the 1934 Act and the Investment Advisers Act of 1940 to ban mandatory PDAAs in customer and shareholder relationships. Hopefully, the proposed laws will not be retroactive; I continue to think that retroactive nullification of existing PDAAs invites legal challenges based on the Constitution’s Takings Clause.

Two relatively new regulations impacting financial services may not be long for this world. The SEC issued its final Reg Best Interest (“Reg BI”) rule package in June 2019, and published the items in the Federal Register on July 12, 2019. Also, the Department of Labor’s (“DOL”) final fiduciary standard rule for those offering retirement investment advice – Improving Investment Advice for Workers & Retirees – was published last December in the Federal Register (Vol. 85, No. 244. P. 82798), and goes into effect on February 16, 2021. The exemption, which is harmonized with Regulation BI, allows Investment Advice Fiduciaries to engage in certain prohibited transactions that would otherwise be disallowed under ERISA and the Internal Revenue Code (see our analysis in SAA 2020-25 (Jul. 8)). The long-term fate of both rules is unclear at best, but I suspect the Democrats will attempt to jettison and replace both Reg BI and the DOL rule. And indeed it’s already in the offing. On December 4 House Financial Services Committee Chairwoman Maxine Waters (D-CA) wrote to then President-elect Biden urging that Reg BI and Form CRS be rolled back. How do we know?  Under the heading “Investor Protection and Capital Markets,” appears this one-word recommendation about Reg BI: “Rescind.”

The Consumer Financial Protection Bureau (“CFPB”) under the Obama administration aggressively exercised its authority under Dodd-Frank § 1028(b) to restrict, eliminate, or set conditions on the use of PDAAs in consumer financial products and transactions. This was embodied by a 2017 regulation that would have: 1) permitted predispute arbitration agreements in contracts for consumer financial goods and services; 2) banned class action waivers in PDAAs; and 3) required regulated financial institutions to file customer claims and awards data with the CFPB, which the Bureau intended to publish in redacted form. Later that year, the CFPB’s arbitration rule was retroactively nullified, when President Trump signed into law H.J. Res. 111, a Joint Disapproval and Nullification Resolution (see SAA 2017-41). Congress had exercised its authority under the Congressional Review Act, 5 USC §§ 801 et seq., which allows Congress to legislatively nullify any regulation within 60 legislative/session days of its publication. Without question, the Biden CFPB will resurrect the Rule, perhaps this time taking on PDAAs as well as class action waivers. My recommendation would be to build on the old rule, rather than to start from scratch.

Perhaps not waiting for the inevitable, Trump-era Director Kathy Kraninger on January 20 tweeted that she had resigned at the request of President Biden, and the White House immediately announced that the new President had appointed David Uejio to serve as Acting CFPB Director. Mr. Uejio, who has been at the Bureau since 2012, was the CFPB’s Chief Strategy Officer. There are already several media reports that Mr. Biden intends to nominate Federal Trade Commission member Rohit Chopra as the next Director. Mr. Chopra is viewed as a protégé of Sen. Elizabeth Warren (D-MA) – a founder of the CFPB who is anti-mandatory PDAA use in the consumer and financial contexts.

Once the COVID-19 vaccines are fully deployed, FINRA and SEC staffers need to invest in good walking shoes. In the meantime, they should take a skills course on Zoom. Why? First, with a plethora of anti-arbitration bills sure to be introduced, both institutions will be hauled before various Congressional committees non-stop. For those keeping score, in the Senate: Sen. Dick Durbin (D-IL) heads up Judiciary and Sherrod Brown (D-OH) chairs Banking, Housing and Urban Affairs. In the House: Rep. Jerrold Nadler (D-NY) heads the Judiciary Committee and Rep. Maxine Waters (D-CA) the Financial Services Committee. Also, look for increased Government Accountability Office examination and oversight activity of FINRA, the SEC, and the financial services industry.

SCOTUS will remain Arbitration-Friendly … Unless the Court is Packed

With a 6-3 conservative majority, and no vacancies anticipated in the conservative wing, we should expect SCOTUS to remain pro-arbitration. This is significant, given that many landmark arbitration-themed decisions from SCOTUS were decided by 5-4 votes. Newer Justices Gorsuch and Kavanaugh have already authored pro-arbitration opinions, and as I blogged last fall based on a very limited sampling Justice Coney Barrett seems to lean pro-arbitration. And, if a SCOTUS vacancy occurs during the Biden presidency’s first two years, with the slimmest Democrat Senate majority, a vehemently anti-arbitration, anti-business nominee would likely have a rough time being confirmed. But if the Democrats go ahead with packing the Court, all bets are off….

I’m a bit reluctant to make so many bold predictions, given how wrong we all were in 2020. For example, show me anyone who predicted that FINRA for nearly a year would be canceling in-person arbitration and mediation hearings and using videoconferencing instead. On the other hand, my past arbitration predictions over the years have been pretty good,** so we can compare notes in a year.

*George H. Friedman is Publisher and Editor-in-Chief of the online Securities Arbitration Alert and an ADR consultant. He retired in 2013 as FINRA’s Executive Vice President and Director of Arbitration, a position he held from 1998. He also serves as non-executive Chairman of the Board of Directors of Arbitration Resolution Services. In his extensive career, he previously held a variety of positions of responsibility at the American Arbitration Association, most recently as Senior Vice President. **One 2020 prediction in particular was not so good. In a March 2020 blog post jointly-authored with Rick Ryder, Esq., What’s Past is Prologue – All Over Again. What’s Ahead for Arbitration Filings in the Wake of Recent Volatility, we predicted massive increases in COVID-driven customer case filings. Wrong! Customer claims in 2020 dropped by 12%, although there was a mini-surge in the last few months of the year (this stat had been down 19% through August). We did correctly predict the increase in employment cases and constituents’ embrace of virtual ADR, so it’s not like we were completely off on our predictions.