Skip to content
The Midterm Elections are Over: What’s in Store for Arbitration and the Financial Services Field? 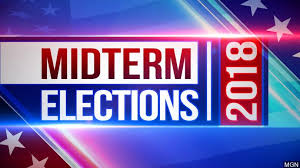 The Midterm Elections are Over: What’s in Store for Arbitration and the Financial Services Field?

At long last the midterm elections are behind us [bipartisan cheer]. The Democrats will be taking over House leadership in the next Congress, while the Republicans will expand their majority in the Senate. What might this mean for arbitration and the financial services industry? Not much in terms of legislation being enacted, but lots in terms of process:

Read on, my friends.

The anti-Arbitration Bills will be Back, with the Same Outcomes

The Democrats in 2017 introduced several anti-arbitration Bills that have predictably gone nowhere far as described in my blog post, Baseball Season is Here! You Can’t Tell the Anti-Arbitration Bills Without a Scorecard. These Bills will continue to go nowhere in this Congress, which expires in early January, just as occurred in 2016… and 2015… and 2014. The Bills will undoubtedly be reintroduced in the next Congress, and some may pass the House. They will, however, be DOA in the Senate.

Might there be one lone exception? In the wake of seemingly daily accusations of workplace sexual harassment, bipartisan Bills were introduced last December in both Houses of Congress that would amend the Federal Arbitration Act to ban predispute arbitration agreements (“PDAAs”) covering sexual discrimination disputes. Specifically, S. 2203 and H.R. 4570 -- the Ending Forced Arbitration of Sexual Harassment Act -- were introduced by Sen. Kirsten Gillibrand (D-NY) and Rep. Cheri Bustos (D-IL). Specifically, the Bills, which have bipartisan support in both institutions, would ban PDAAs for “a dispute between an employer and employee arising out of conduct that would form the basis of a claim based on sex under title VII of the Civil Rights Act of 1964 (42 U.S.C.2000e et seq.) if the employment were employment as defined in section 701(b) of that title regardless of whether a violation of title VII is alleged…” I predict some iteration[1] of the law will be passed by the new Congress when it’s reintroduced, and I sense that the President will sign it.

Just because the anti-arbitration Bills will not be enacted doesn’t mean the road to oblivion will be smooth. How so? Rep. Jerrold Nadler (D-NY) is set to take over the Judiciary Committee and Rep. Maxine Waters (D-CA) the Financial Services Committee. There should be lots of hearings next year on SRO oversight, and on Bills like the certain-to-be-reintroduced Arbitration Fairness Act.

Consider this: SCOTUS in Epic Systems Corp. v. Lewis, 138 S. Ct. 1612 (May 21, 2018), held that the Federal Arbitration Act (“FAA”) permits employers to use arbitration clauses containing class action waivers, notwithstanding the National Labor Relations Act’s (“NLRA”) protections of workers’ rights to act collectively. On October 30th Rep. Nadler introduced H.R. 7109, the Restoring Justice for Workers Act, that would amend both the FAA and the NLRA to ban mandatory predispute arbitration agreements with class action waivers in the employment context. The preamble states that the proposed legislation intends to overrule Epic Systems, which it says was decided “contrary to the plain text of the law and congressional intent.” The Bill would also ban retaliation against an employee refusing to agree to a post-dispute arbitration agreement. It has 58 cosponsors, all Democrat.

Because Rep. Nadler is in line to chair the Judiciary Committee – to which this Bill has been referred – there will be Committee hearings next year when the Bill is inevitably reintroduced. And of course SRO and financial services industry oversight is by the Financial Services Committee. There will be lots of House hearings, including some on the SEC’s proposed Regulation Best Interest. Also, look for increased Government Accountability Office examination and oversight activity of FINRA, the SEC, and the financial services industry, after Chairpersons Waters and Nadler assume power.

… and the CFPB Folks, Too

As for the Consumer Financial Protection Bureau (“CFPB”),[2] a bipartisan coalition of over thirty State and Territorial Attorneys General have written to Acting Director Mick Mulvaney urging the Bureau to reconsider its policy on enforcing the Military Lending Act (“MLA”). The October 24th letter came in response to a CFPB announcement last summer that it would only investigate specific complaints based on the MLA, a step back from its former practice of systemic inspections and investigations. Say the AGs: “We write to express our concern about recent reports that the Consumer Financial Protection Bureau (CFPB) will no longer ensure that lenders are complying with the Military Lending Act (MLA) as part of its regular, statutorily mandated supervisory examinations. We believe that such a move would significantly harm the servicemembers who live and work in our states and that it would be contrary to the CFPB’s statutory mandate.”

The MLA is a George W. Bush-era statute that among other things bans mandatory predispute arbitration agreements. Dodd-Frank gives the CFPB enforcement authority. Again, expect Congressional hearings. This is a truly purple initiative that should cause the Bureau to pay attention. This is especially so given the President’s strong support of servicemembers.

Repeal of Dodd-Frank is Kaput – or is it?

In June 2017, the House of Representatives by a 233–186 strictly party-line vote approved the reintroduced Financial CHOICE Act. Not a single Democrat voted “Yea” and only one Republican - Rep. Walter Jones (NC) – voted “Nay.” Among other things, the 602-page Act (H.R. 10) would repeal and replace Dodd-Frank, and would eliminate the authority granted to both the CFPB and SEC to limit or eliminate predispute arbitration agreements, or set conditions for their use. Also, the Act would rename the Consumer Financial Protection Bureau the Consumer Law Enforcement Agency and transform it into an executive agency with a Director terminable at will by the President.

The Senate Banking Committee held hearings, but the full Senate has yet to act. I expect Senate Republicans will try to pass the Bill in the upcoming lame duck session of Congress. I doubt the new Democratic House would approve a reintroduced FCA, and with this Congress expiring January 3rd, it’s likely now or never for this proposed legislation.

With an expanded GOP majority in the Senate – and with Senators Corker (R-TN), Flake (R-AZ) and the late John McCain (R-AZ) replaced by more reliably pro-Trump Senators – the President should have an easier time getting his judicial and agency head nominees approved by the next Senate. For example, the President’s nominee for the SEC Commissioner vacancy coming with the imminent departure of Democrat Kara M. Stein should sail through a solidly-GOP Senate. Also, the nomination of Kathy Kraninger[3] for a five-year term as CFPB Director, which was approved by the Senate Banking Committee on August 23, will doubtless be approved by either the lame duck or next Senate.[4] And, last but by no means least, President Trump added to SCOTUS two pro-arbitration Justices, Neil Gorsuch[5] and Brett M. Kavanaugh, and I’m certain if there are any further vacancies on the Court, Mr. Trump’s nominees will be pro-arbitration and will be approved by the new Senate.

I’m a bit reluctant to make so many bold predictions, given how wrong the pollsters and pundits were on election night (again). On the other hand, my past arbitration predictions over the years have been pretty good, so here they are.

*George H. Friedman, Chairman of the Board of Directors of Arbitration Resolution Services, Inc., and an ADR consultant retired in 2013 as FINRA’s Executive Vice President and Director of Arbitration, a position he held from 1998. In his extensive career, he previously held a variety of positions of responsibility at the American Arbitration Association, most recently as Senior Vice President from 1994 to 1998. He is an Adjunct Professor of Law at Fordham Law School. Mr. Friedman serves on the Board of Editors of the Securities Arbitration Commentator. He is also a member of the AAA’s national roster of arbitrators. He holds a B.A. from Queens College, a J.D. from Rutgers Law School, is a Certified Regulatory and Compliance Professional, and is admitted to practice in New Jersey and New York, several U.S. District Courts, and the United States Supreme Court.

[1] Right now, the Bill is too broadly drafted. It will I’m sure be cleaned up before a vote.

[2] Speaking of the CFPB, former Director Richard Cordray lost his bid to become Governor of Ohio.

[3] Ms. Kraninger is currently Associate Director for General Government at the OMB, a position she’s held since March 2017, according to her LinkedIn bio

[4] Until she is sworn in, Mick Mulvaney will continue as Acting CFPB Director.